Talking About My Biggest Influence on the Harmonica

It’s around 1 AM as I’m typing this post, and I can’t even sleep. Either way, there is something I can’t deny: I am an outcast when it comes to this instrument. I am a female blues harmonica player that plays a Special 20 instead of a Marine Band and I have an untraditional influence (somebody that isn’t a classic blues player, a terrible but popular rack player, or Magic Dick). However, for some odd reason I’m still accepted in the community. Why? It could possibly be because that I have been influenced by one of the most unique harmonica players of all time, a country/gospel harmonica player named Terry McMillan.
As somebody who never grew up listening to blues, I got most of my harmonica playing experience by listening to country music radio (back before it was filled with nothing but pop artists). Unlike what most blues harmonica players would like to tell you, they really didn’t have any players that played the “Nashville Style” or played fast. From what I listened to, we mainly had harp players only doing simplistic fills or playing like a Bob Dylan rip-off. I guess people can’t tell the difference between country and bluegrass. As I grew up, there was always one song I would always go back to because of how unique the harmonica sounded in it. That song was “Ain’t Goin’ Down (Til the Sun Comes Up)” by Garth Brooks. Not only was this the first song I can recall that introduced me to the harmonica, but it was also the first song I listened to that predominantly featured at least one harmonica solo. What also made this song unique from other country songs that featured harmonica in them was that was played in a style that sounded more like a bluesman was playing that harp. The harp lines featured a lot of warbles, double stops, bends, hand wah, and even a technique I would heavily use in my playing today: the growl. I would even argue that this song is one of the greatest harmonica tracks of all time. I didn’t know who the player was at the time until 2017, when I was reading Brooks’ book “The Anthology Part 1” and I discovered the name of Terry McMillan. I heard of his name again on the July 6, 2018 episode of Brooks’ live stream series “Inside Studio G” when mentioning the song. With both of the times he mentioned McMillan, Brooks said that he was a game-changer for “Ain’t Goin’ Down”. I didn’t pay much attention back then because I was still a part of the general public. One year later in April and a few months into being a harmonica player, I rediscovered McMillan’s playing. However, it was cover of “Amazing Grace”. I really enjoyed that cover and fell into a rabbit hole filled with gospel music. I still wanted to emulate his sound at the time and I began listening to his solo works and his collab with Larry Carlton, Renegade Gentleman. Despite what iTunes says, that album isn’t really country. It’s more or less like Hard Rock or Southern Rock. And now we’re here today.
What I said earlier about McMillan’s playing being unique, it applies a lot to many genres. This guy can play country, gospel, blues, rock, and even EDM. As a harmonica player myself, I think that we tend to forget how great the instrument can be without being heavily distorted from the amps and pedals we use. We care too much about the technical performance aspect of it that we forget the soulful tone the harmonica naturally has. This is why I usually prefer players like Junior Wells and William Clarke since they can create a soulful sound with the harp with the mics they use instead of players who people say have the best technique ever but (in my opinion) have no emotion in their playing. With McMillan specifically, he didn’t have the best technique out there but he would put in so much effort and soul into the harmonica that it can almost sound like a human voice. The wailing tone that his harps would produce even translated well when playing amplified, creating something that sounds like an electric guitar. While he hardly ever tongue blocked and never played overblows, I think that the simple but effective style that he had blew my mind when I would listen closely. I could hear a lot of blues influence in his playing especially when using the 4 and 5 draw, either if he’s doing his signature warble or nailing on them as a double stop. I also think that his frequent use of the blues/mixolydian scales and syncopation contributed to the mournful sound. I think the two biggest factors that made him unique compared to other harmonica players was his ability to harmonize his harmonicas and his growl. With his solo studio recordings, he would sometimes make two separate harp recordings and make them harmonize together or do an octave unison. With growl, it’s more or less a signature sound for him. Sometimes when he would play a three draw quarter step/half step bend or a four draw bend, usually sustained, the bend would suddenly sound raspy and have a dirty tone that was similar to a vocalist making their voice sound growly. This technique would give a more emotional sound to the riff and eventually became a staple of his playing style, making his harp easily identifiable alongside the warble. Ever since he passed away, I haven’t heard any other famous professional player who can emulate the growl (except for the Youtube blues Special 20 players, they like to abuse that) and had that impactful of a playing style.
Here are some examples of him playing: 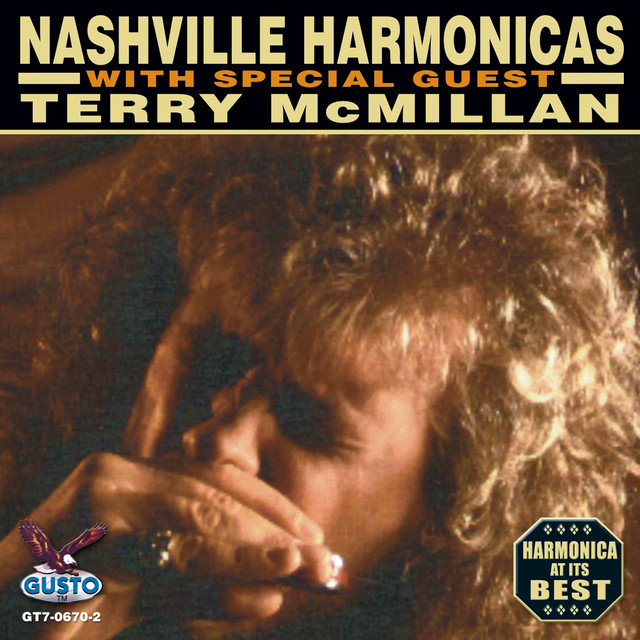 I was only recently introduced to the playing of Terry McMillan when JP turned me on the the Renegade Gentleman album. He’s an absolute monster. LOVE his playing. Thanks for sharing this!