That’s a good-looking English setter in your avatar, man! Here’s mine that I lost 4 years ago after 13 years in the field, plus many field trials and shoot-to-retrieve competitions. Her name was JR’s Amazing Snowgirl (Mazie) and I still miss her every day. The great Tekoa Mountain Sunrise appeared four times in her four-generation pedigree. A professional trainer used to let me train with him for free if he could use Mazie on guided hunts and in his demos at the International Sportsmen’s Exposition in Sacramento, Calif. He claimed her style usually got him at least an extra $20 in tips on the guided hunts. 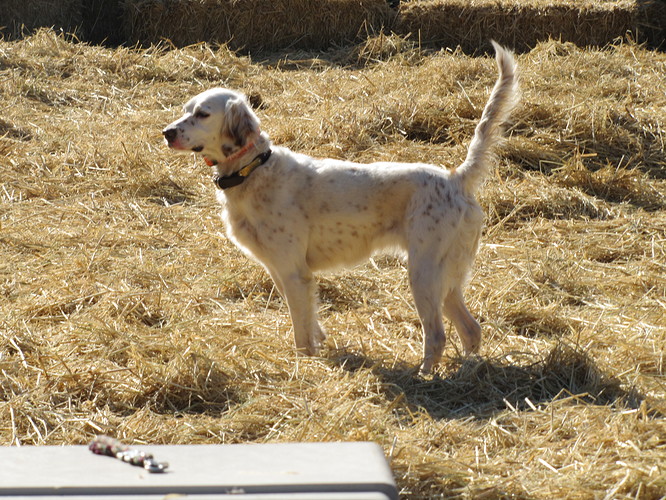 Here’s Kota, my now-retired pointer. She’s 14 and still doing okay. She was originally a rescue from South Korea and my first inclination was just to adopt her to save her life, but she turned into a heck of a bird dog. 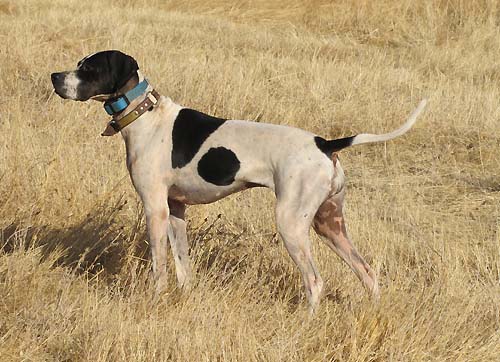 I’m not hunting much these days due to some physical issues, which is one of the reasons I’ve gotten into the harmonica. You just can’t stop Father Time.

Congrats. I think we can learn so much from our four-legged friends1

Dang, I just saw this post now, 1/7/22. And I just changed my photo. I’ve had many setters and a couple of pointers and am familiar with Tekoa MS. I was active in the AF grouse trial circuit for some years and still judge occasionally but hunting over a good gun dog is where my interest lies. Your dogs are beauties, for sure. Thanks for noticing, maybe I should put the old photo back. 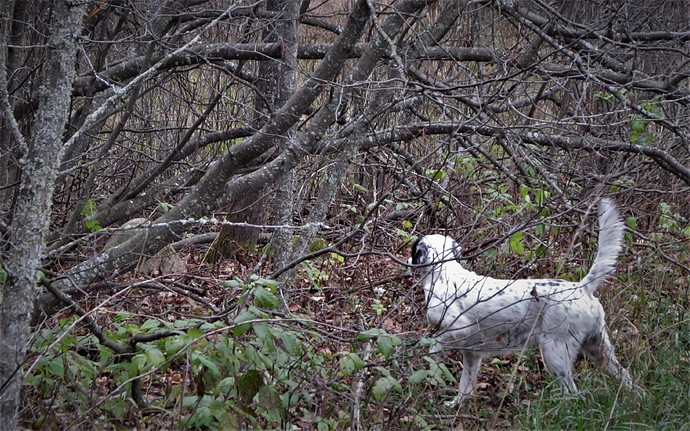 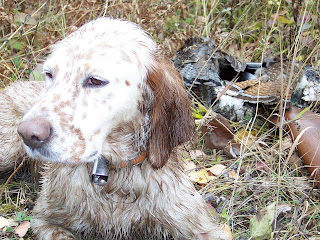 This is my favorite memory of Mazie. It was a poor year for pheasants in Northern California (they all are now) and we were hunting on the Delevan National Wildlife Refuge the day after the opener. She got to a corner of this pond and had a flash point in the heavy grass on the edge, then quickly pulled up and started moving down the grass line. Two more flash points followed, then she dropped down to the game trail below and sprinted to the end of the grass line, got back up into the grass and started working back toward me. She pinned that rooster between me and her right near the halfway point. It still gives me goosebumps in recalling it.

You can’t teach a dog to do that or train it into them. That kind of talent is rare and it’s unlikely that I’ll ever have the privilege of living with it again. 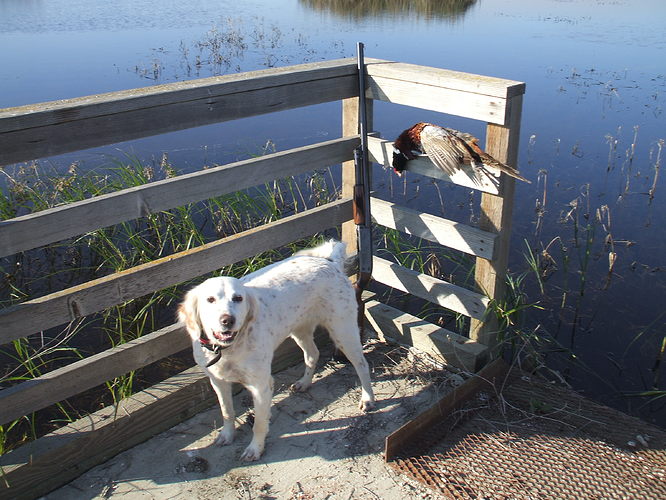