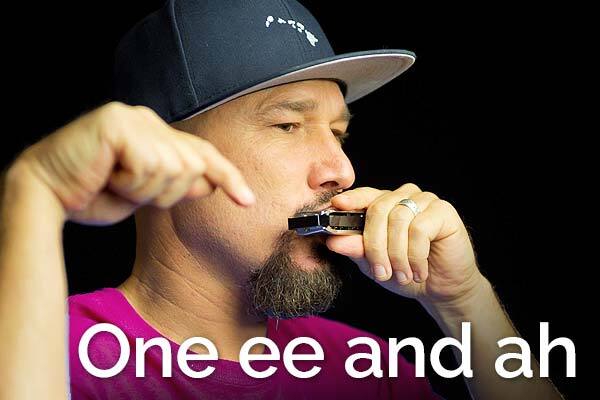 I wasn’t one of those people just naturally born with great rhythm.

Like Steve Martin’s character in the movie The Jerk , I had the gusto, but seemed to lack rhythmic DNA!

I had a HARD time learning tricky rhythms .

I thought the ability to groove was some mystical magic sauce,

SOME people were born with it, and SOME (like me) weren’t.

What a relief when I learned that GROOVE & TIME are actually mathematically quantifiable subjects that can be:

Learning how to visualize and count the beats and subdivisions was one of the BIG KEYS to my growth, and no tool was as helpful for me in this effort as:

The Yardstick of Groove and Time.

The idea of The Yardstick of Groove and Time, is to give us a picture of how a bar of music is divided using the analogy of a ruler (with imperial measurements, like we use in the states

8th notes are EXACTLY halfway between the quarter notes.

Note: not some mystical or magical distance. EXACTLY HALF WAY!

The DOWNBEATS are where we say the NUMBERS

The UPBEATS are where we say the “AND’s”

Make sense? Not too hard, right? Let’s take the same principle to the next level:

16th notes are EXACTLY HALFWAY between t he 8th notes .

The 16th notes are where, for those of us who are rhythmically challenged, we get lost in the quagmire.

BUT if you look at the graphic, it makes it a lot easier to visualize what’s going on. And understanding it helps a lot on the journey to being able to play it.

The beats immediately after each downbeat are called “ee”.

The beats after the upbeats, just before the next downbeat

This is how we count sixteenth notes:

Confusing the heck out of you? Check out my short video.

Want more? Check out who I learned it from, the bass masters Anthony Wellington and Victor Wooten, as they explain it in this excerpt from the Groove Workshop.

Discovering the yardstick of the groove helped me develop from feeling like Steve Martin’s character in the movie The Jerk , to being told by pro musicians that I have a great sense of time. I hope it also helps you on your journey to groovin’ hard!