I Did Corky Siegel's Harmonica Course (Here's What Happened)

I Did Corky Siegel’s Harmonica Course (Here’s What Happened) 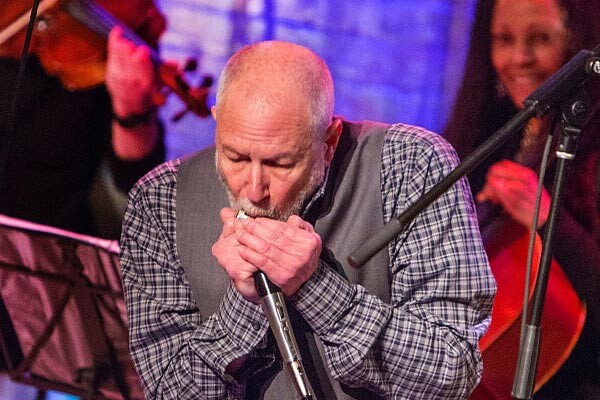 If you’ve seen and heard Corky Siegel, you’ll know that he’s an incredibly expressive player. He’s emotionally invested in every note he plays (in a previous email I shared this awesome example of Corky’s showmanship).

Well, Mr. Siegel himself reached out to me recently to let me know that he has created a new course called Learn to Play Harmonica with Corky Siegel. So I went ahead and took the course…

What’s it all about? In a word: EXPRESSIVENESS

Maybe that’s partly from Corky growing up being personally mentored by people like Howlin’ Wolf, Little Walter, and Muddy Waters. Maybe it’s partly just who he is . Wherever it’s origin, it comes through LOUD and CLEAR in his course: expressiveness .

There’s lots of great harmonica teachers out there, and each has a particular strength:

Corky Siegel - Expressiveness expert, for sure!

In fact, Corky’s course could just as well be titled “Learn Harmonica Expressiveness with Corky Siegel” because his emphasis is that right from the start you can play with emotional impact , using what I typically would call dynamic contrast , and what he describes as intensity variation .

You’ve heard me say it before and you’ll hear me say it again: to be effective on the harmonica it’s ALL. ABOUT. EMOTION.

After I did his course, I’m playing with more emotion.

Emotion is conveyed through intensity variation. Not exactly sure what I mean? Check out a video Mr. Siegel uses in the course to exemplify it: Chris Botti playing “My Funny Valentine” to Sting’s wife. Now That’s dynamic contrast! That’s intensity variation. I hope it’s as inspiring to you as it is to me.

Who’s it for? Corky’s course is suitable for total beginners, and can also provide some inspiration to intermediate and advanced players. It inspired me. It’s not super-technical. It’s pretty Lo-Fi - not a polished production. He’s warm and encouraging. It feels like you’re just “hanging out” with him. And as aspiring players there’s nothing much better than “hanging out” with the best. It’s $25. Worth considering.

BTW: As you already probably know, here at Harmonica.com, we don’t do any paid promotions. I’m just keeping you in the loop about what’s going on in the world of harmonica.

Oh in the list of teachers? That’s a good point! It’s been a long time but I did go through some of his course once (about 12 years ago) and I remember it was very inspirational and transformative, though I eventually became frustrated when I couldn’t alter my harps / get the right technique for overdraws and overblows.

I now can do overblows 4,5,6, but not 1 or the 2 over draws. But who knows what the future holds. It was fun doing the Corky Siegel course and reviewing it, and I’m thinking maybe I’ll do more of that in the future. If so, doing Howard Levy’s course again would be high on my list!

I also forgot Tomlin Harmonica and another first name Liam both from Scotland. I completed Tomlin’s course which is very good and detailed. Liam has his own and sits in for Tomlin occasionly. Try them both on You Tube. Ok one last one Harmonica 123 which offers specific classes on sign up Saturdays and Joe Filsco who customizes Howard Levy’s harmonicas. Joe has his own web page and teaches at Old Town School of Folk Music in Chicago both in person and at home through the school.

Joe Filisko was on my list. He is the MAN! I also love Ronnie Shellist who I believe is also affiliated with Harmonica 123…

Right on. Ronnie is GREAT both as a player AND as a teacher.