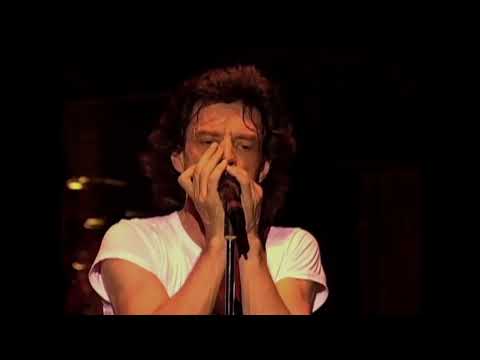 Here’s Mick Jagger rippin’ the harp intro to Sweet Virginia. You should watch this because he does it like he does everything: like a muthaflippin’ ROCKSTAR.

If you’re a beginner, there’s a good chance you’re capable of playing this EXACTLY like he does in this video (which means YOU can be a ROCKSTAR too!)

It’s NOT COMPLICATED, so why does it sound so dang good?

First, because he is playing the RIGHT THING.

You’ve heard me say it before, and I’ll never tire of saying it:

If it SOUNDS good, and it FEELS good, it IS good!!!

A common pitfall that sabotages musicians of all abilities and experience is this nagging sense that something must be complicated for it to be good .

FALSE! Heed this adage and change your life now and forever:

Anyone can be complicated. It requires genius to be simple .

Here are 3 tips to play stuff that might be easy to play, but that sounds and feels amazing:

Play the RIGHT THING : This song is in the key of A, and Mick Jagger is playing it on an A harmonica in 1st position.

By contrast, Big Walter’s Easy Blues (which I teach in my Beginner to Boss course) is a simple blues in F. Big Walter plays the RIGHT THING, which in that case is a Bb harmonica in 2nd position.

Use S P A C E . Remember that the true beauty and power lies in the silence in between the notes.

After the blow 5 (on line 2 of the tabs) there is a full Bar + 2 beats of pause (6 beats of silence). If there were never any pauses like that, this harmonica intro would lack the beauty and power it possesses.

Use SWAGGER (in order to have moves like Jagger

). CONFIDENCE is EVERYTHING. Mick Jagger knows how to use deep diaphragmatic breathing, and (heck he could be the poster child of) the Deep Relaxed Mouth Position. So he’s got a BIG, CONFIDENT TONE.

And even when he messes up, it doesn’t rattle his CONFIDENCE. He casually mutters “Oh dear,” as he puts the harp down to start singing.

By the way - the two biggest holes beginners struggle with are the -2 and -8.

It’s that pesky -8 that Mick Jagger messes up if you watch his performance at the beginning of the video. And it doesn’t seem to be uncommon, as I was able to find a couple other performances on YouTube where he made the same mistake, and reacted the same way!

So next time you struggle with -8, remember you’re in good company, and don’t lose your SWAGGER!

And even when he messes up, it doesn’t rattle his CONFIDENCE. He casually mutters “Oh dear,” as he puts the harp down to start singing.

@Luke I am having so much fun reading your text alone.

The same comment as Mick came out of my mouth yesterday

Someone here in the forum wrote some time ago : "Beethoven said: ‘Playing a wrong note is insignificant; playing without passion is inexcusable’. I pinned that to my wall and it’s my motto! When it happens, laugh me and carry on.

All the best to you in Hawaii!

Hey guys. You’ll never believe what just happened. I was just playing harp with Mick Jagger. Felt so good that I even forgave him for not being perfect. He is almost human after all.

I once had the privilege of playing with a vIolinist the calibre of Andre Rieu.
As the boys knew in advance that she would be there, they all worked on stuff to play with her. I didn’t pull out an instrument. From where I sat I watched all of these talented musicians embarrass themselves and then tell her what an honour it was to play with her.
Once all the instruments were put away I pulled out my tenor uke and started belting out some simple Chuck Berry stuff. At first she was videoing me on her phone and then asked if she could play with me. She ran to her case. We played for hours. Me just laying down simple chord patterns and her raining magic down upon it. I could play at her speed but not her level and didn’t try to. That’s where the other guys messed up. We had such a wonderful time together

Thanks Bruce. There are very few times when you should try playing above your level and the best time is when alone. When that’s frustrating you, you should ease back to where you are comfortable. It is called PLAYING after all.