My favorite harp player is headed my way! 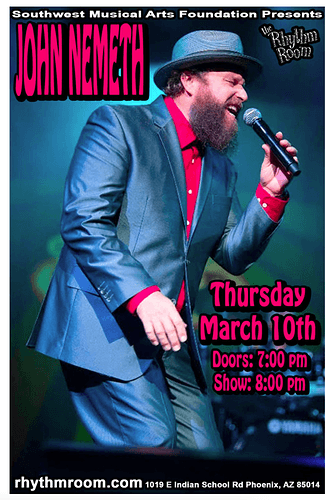 This show just got announced today and I’ve already bought my tickets. That part of Phoenix is about a 90-minute drive for me. I’ll be sitting there waiting for the doors to open in order to get the best seat that I can. Really pumped about this!

Hello @DitchParrot, I’ll keep my fingers crossed that everything works well and that you get a good seat. I will be thinking of you and enjoying with you as my birthday is March 10th.

Please tell us about it! Greetings from Astrid

That guy is awesome, for sure. Have fun!

Thanks, Astrid! I think I’ll make a note to send you a Happy Birthday greeting that day.

Much obliged, Trapper. If the show comes anywhere close to fulfilling my expectations, I’ll be thrilled.

Right on @DitchParrot. It’s so important for us to stay inspired, and seeing great music performed live is one of the best ways to do that. Hopefully we’ll get to do it more in the not-too-distant-future!

John Nemeth hadn’t been on my radar, but he definitely is now! I’m gonna share his stuff on the forum ASAP!

The show was phenomenal! It went for 3 hours with only a 15-minute break after the first 90 minutes and Nemeth and the band mingled with the crowd during the break. The attached photo is of me chatting with him.

He played one song on a chromatic, but everything else was on the diatonics. He absolutely wailed on the solos toward the end of the show.

He said it was his first live show since the start of the pandemic. He’s pretty tight with the owner of that blues club in Phoenix and promised he’d be back next year. I’ll certainly be there again. 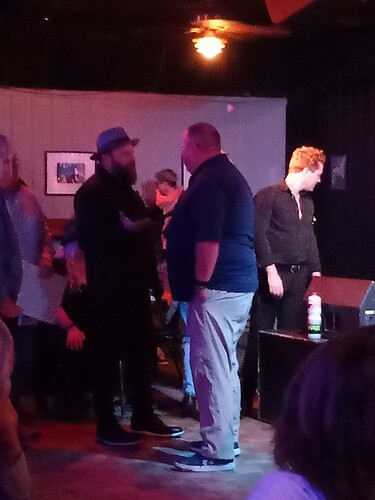 Hello @DitchParrot,
thank you very much and I am happy to read your happy lines. Great that everything worked and after a two-year dry spell it was an absolute highlight for you as an audience and of course for Nemeth and the band. May there be more of it again. Kind regards from Astrid

Aw man that is sooo cool! Thanks for sharing this!