@Terrygh1949 just told me he tried the Harp Arm Twist Magnetic Holder and it wasn’t quite adjustable enough so he’s gonna try the Harparatus. I hadn’t even been aware of either of those devices, although I did try the Bottle O Blues Harp Lock years ago.

For the Harp Lock you actually unscrew the ball off of a Sure SM-58 so the device is literally attached to the microphone itself. It didn’t really work well for me because I couldn’t get the stand to be stable enough for my playing style.

I just ordered a Seydel Gecko neck harp holder from Farmer Foot Drums. The benefit of this holder is that it has a quick release so you can have it down, pull it up and it locks right into the perfect position, and then you can release so that it gets out of your was when you’re back to singing. This could conceivably be a good solution to a lot of what I’ve hated about neck holders in the past.

On the Farmer Harp Holders page you can also see the Side Note which looks like it’s easier to put on and take off, and At $40 is half of the pricey Sydel Gecko at $80.

Within the next month or so I’ll do a video review of the Seydel Gecko and post a link to it here. The reason I bought it is to work in conjunction with the Rackit!2.0 from Blows Me Away Productions which I also have ordered and should be on it’s way to me before too long. The Rackit has a Bulletini mic inside of it and works in conjunction with the Seydel Gecko harp holder to be able to get a bullet-style mic sound hands free.

I was initially excited that the Rackit!2.0 is only $299, but it’s not quite that simple:

So by the the time you add all that up it’s really more like $450 to be able to play amplified hands free.

There is also a mic stand adapter for the Rackit!2.0 that is $39 and that might be a really great solution for somebody who wants to play harmonica hands-free in an amplified style, but I held off on that for now because of my lack of success with the Harp Lock that I mentioned earlier, and also because I’m spending so much money already!

But if @Terrygh1949 ends up loving the Harparatus then I might try and pick up one of those plus the mic stand adapter for the Rackit!2.0 so I can shoot them out.

Maybe resourceful person out their has found a way to make mic stands more sturdy for playing harmonica?

What about you? Is there a great way to play harmonica hands-free that I’m not aware of?

With my mic stand, I have it so that two legs face the audience, and one faces me, then I put my foot on the leg to move it closer or further from my mouth as I sing. I took the boom off almost immediately on buying it 30 odd years ago, as that’s what makes them unstable, so it’s just straight up and down, which is no problem. I’m usually playing guitar or bass while singing, I find it better without the boom, it’s more stable, and doesn’t move sideways on you. I haven’t tried it with a harmonica, but I imagine that it would work. There’s enough flex in it that it will be held tight against your mouth when you tread down on the leg, then move back when you release the pressure.
Mind you, it is my stand, and I take it to every gig. Not sure if flexing the venue’s mic stands would go down that well if someone noticed, but try taking the boom off, they’re a lot more stable that way.

Here is my homegrown solution to hands-free playing. 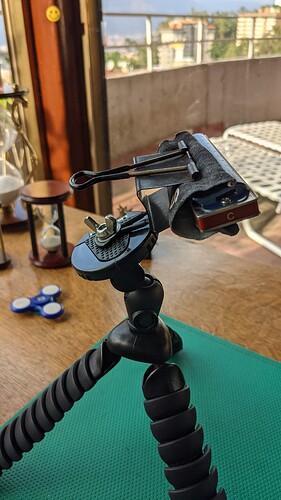 It may give others some ideas. All I did was to take a small tripod and attach a metal clip with a piece of cloth wrapped around the harmonica to protect it. Then I attach it to the base where the camera goes with a wing nut.

I’m thinking maybe something similar could be attached to the top of a microphone stand. In fact, this particular tripod is very versatile and can be twisted around just about anything.

It’s not much of a looker but it works great for when I am typing away at my keyboard; not so well if I want to wander around the garden.

Great idea! That could definitely work on a mic stand.
Something you might want to consider is self adhesive draught blocking products. 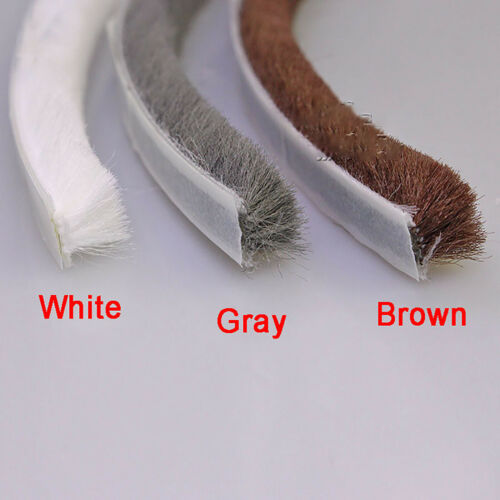 I probably wouldn’t use the hairy type as pictured, the picture is just to explain the type of product I’m talking about.
You can get all sorts. The spongy soft foam, or harder foam might work, but you can also get various types made out of rubber, if you look to car products, you could probably get something around the width of a harmonica, but you could always put rows of something thinner.
I use this stuff on tweezers and tongs so I can pick up invertebrates without hurting them, if you were to stick some on the insides of the clip, the harmonica would be safe from scratches, and secure, as the padding will be stuck to the clip, with no chance of slipping out of position.
Just a thought! I like this idea, and I think that’s what I’ll do.

Good idea @Dave_Dunn because it is kind of a pain to position the cloth each time since it slippery against the harmonica.

The trick is to make sure the protectors don’t add too much bulk. As it is, my harp fits in the clip pretty tight. The first time I clamped down on it, I held my breath that the cover plates wouldn’t be bent and was relieved when they weren’t.

How about something like these? Self adhesive, but perhaps with a lower profile. 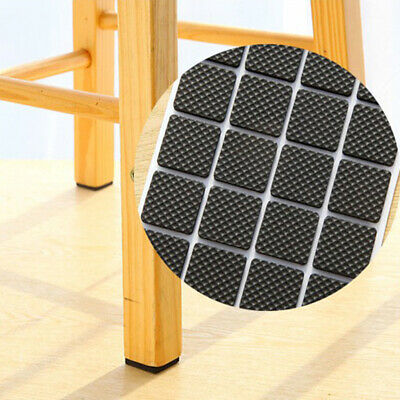 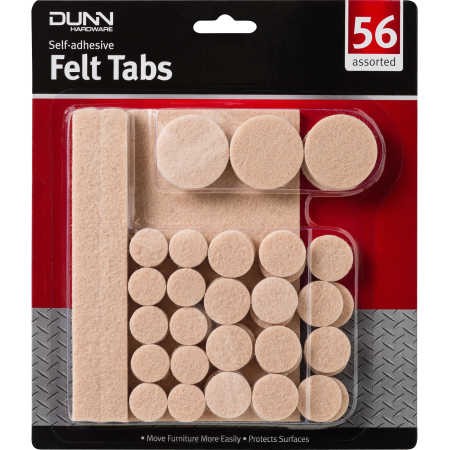