If you were stranded and only had one harmonica, which brand, style and key would you want it to be?

My only preference would be anything better than the $12 blues band I’m learning on at the moment!

I haven’t had it long enough to test longevity, but I would take my East top T002 in A, I just enjoy playing it more than the Special 20 in A I have, and it doesn’t pull moustache hairs out!

A would be good, because if there were a guitar on this island, I could play something in E one handed, or maybe even with my toes!

D would be a good choice for the same reason, but it’s a bit high when playing alone.

Awesome. Haven’t looked into East top but I need an upgrade soon!

I’m hearing good things about the T008 harmonicas, which are a traditional shape, but the T002 is a little different in design, and I really like them. 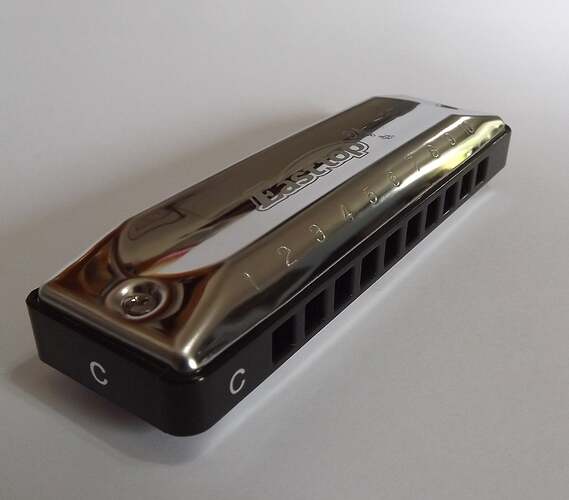 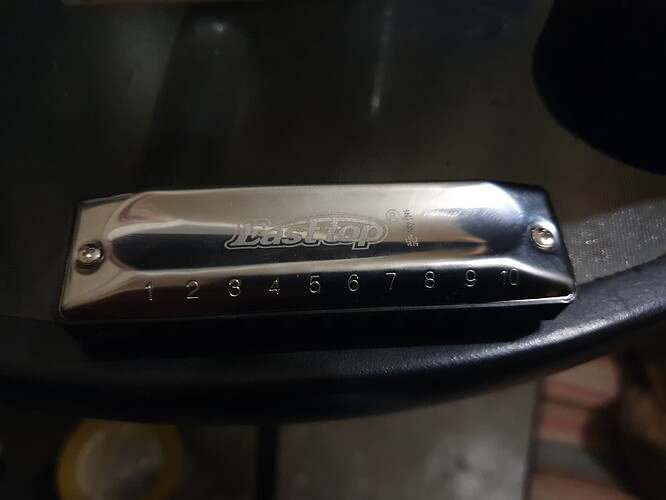 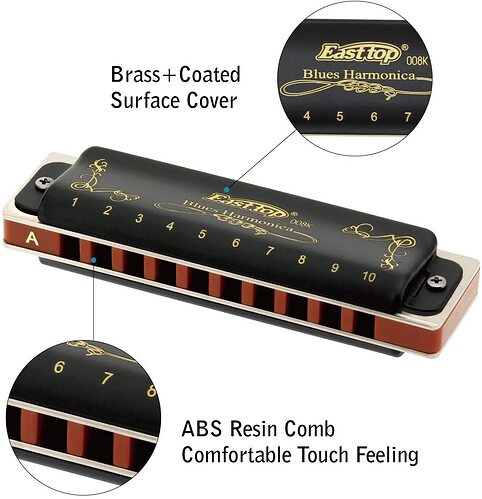 The 002 looks really comfortable but that 008 is pretty sharp too. Be nice if there was a way to try before you buy.

They’re both pretty cheap, you’re probably looking at around $20 usd, maybe less. They have stores on both eBay and AliExpress.
I might do a little comparison video myself between the T002s and the Hohners I have later.

I saw this about a month ago when it was first posted and have thought about this question several times since that time. I think I have too much time on my hands and not enough hands on deck!

My first harp was an Easttop 008k in C, and I’ll tell you what, I fell in love with the harmonica with that sucker, and I played her till I finally blew out my 4 draw. At the time though, I would have taken her to any island in a heartbeat without thinking twice about it.

Since that time, I’ve gotten a Lee Oskar in A, a Special 20 in Db, and most recently a Golden Melody in C, so I have a little bit more experience with the different harps. @Luke put up a great review on Easttop’s and you can see mine as well as others’ comments in different places on the forum. The 008k is a step up from the cheapie $10 models and won’t break the bank. I can’t speak for the T002 @Dave_Dunn , but I love its looks!!

In the end though, based on what I have had experience with, I would choose my Db Special 20, which I actually bought by mistake. The advertisement on Amazon said the key was C, I just didn’t notice the #, right next to it, oops! I even call her “Oops”. Of my three harps though, there are several reasons I like her best:

Based on experience, I would play her softly if it was the only harp I could have, because blown reeds are a reality and become more so the harder we play.

I know many people play the harp for the awesome bluesy sounds which come from the lower end and are enhanced by bending, and from what I’ve heard, most people play 2nd position more.

So far, almost all of what I play comes from melodies of old classic songs I play along with on instrumental radio, or other songs which magically come buzzing into my mind.

I love the sound the harmonica makes in Blues mode, but the music just seems so darn sad!! hahahahaha… I think if it wasn’t sooooo sad, I would like it more! Maybe instead of sad Blues, we could make a new genre with similar sounds but with upbeat lyrics. We could call it BLAZE

I’m so glad where you ended up here! If you had said your East Top 008k, I was gonna say you’d be on a desert island with busted -4 reed!

For me, I’d say my trusty Hohner Golden Melody in C. A lot of country music during the 80, 90s, and 00s was played on this harp and no country musician could’ve played that other than Terry McMillan. As I always said, he was such a big inspiration for me and using a C Golden Melody would let me play a lot of songs that Terry played on like “Ain’t Goin’ Down (til the Sun Comes Up)”, “Do Ya”, and “Too Much Fun”. Plus all the blues and gospel tunes you could play on it (yes, I’m one of those harmonica players). It also sits comfortably in the middle of my vocal range.