Harmonica & the Green Monster of Jealousy

Hey harmonica fam - I’m sending this story out in my newsletter today. Since not all of you receive my newsletters, I wanted to re-post it here because, even though it’s a funny story, it can be a very real part of the musician’s journey, and this community exists so that we can all help each other along on our journeys. 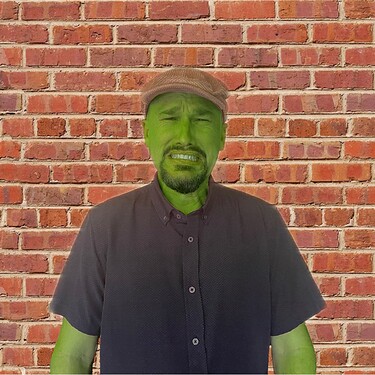 Have you ever watched a musical performance, and instead of enjoying it or feeling inspired by it, you felt JEALOUS? Has the Green Monster of Jealousy ever sunk its claws into your heart the way he has mine?

If you’ve been reading my newsletters for any time, you’ve probably heard me mention my old friend Justin. He taught me to play harmonica when we were teenagers and we played in a blues band together. Usually I played harmonica and he played guitar.

Justin is an AMAZING multi-instrumentalist. You know those annoying people who seem to play ANY instrument with ease? Justin is one of those people

I developed a bad case of jealousy toward him, which grew for weeks and months. The better he played, the more I writhed in jealousy: Justin takes great solo. Crowd cheers. I seethe with jealousy. It was tormenting me

Finally, unable to endure it any longer, I called him on the phone. “Justin,” I said sheepishly, “I have a confession to make… I’m terribly jealous of you. I’m so sorry, but when you play a great solo, instead of enjoying it, I hate you for it. I’m so embarrassed to say I’m really jealous of you.”

And guess what his response was? “Oh my gosh, I feel the same way about YOU!” We had a good laugh about it, and getting it out in the open helped us both to overcome it.

I share this story as one example of what seems to be a part of every musician’s journey: what I call “navigating the maze of the ego.” Most of us have gone through seasons where our feeling of self-worth seemed to fluctuate with our perception of our musical ability.

If you’ve gotten stuck in this trap, fear not, you are not alone! It’s a perfectly normal part of the musical journey.

One thing that can help bring relief is to just be honest with someone about it. (Someone who’s got your back and won’t judge you, that is!) Bringing it into the light can help dissipate it. If you ain’t got nobody, I’m here for ya.

So what about you? Have you ever been attacked by the Green Monster of Jealousy?

My Mom was very wise but passed a few years ago at 105. She once told me *Let thine own self be true and let the rest of the world go scratch itself". In other words - focus on your own playing.

Luke, his cheeks puff out on the first note. It must be a 3 blow. Of course the 2 draw is the same.

I think I’ve always been jealous of musicians in general! I’ve always enjoyed listening to music but I’m very much an underachiever when it comes to playing whether it be guitar, keyboards, harmonica or whatever, dexterity and coordination being my main challenges! Over the years jealousy has turned to awe when considering some of my favourite musicans like Ian Anderson, Jimmy Page, David Gilmour, Van Morrison and the master himself Frank Zappa to name but a few.
One of my favourite stories of a musician actually beating jealousy by trying something different is Jethro Tull’s Ian Anderson who said he started playing flute because he would never play guitar as well as Eric Clapton! And look where he is now. (he plays harmonica on Tull’s new album by the way).
As for me I simply play what I can and try to have fun

if you are referring to mine, in the riff notes of the cream solo, it started with a 2 draw, which is fine but for fun I watched the video and it appears he is using a 3 blow. I was just noting that you said sometimes you can use either depending on ease of use. Nothing negative intended, just an observation.

Hello @ingog, of course you can use both, because it’s the same sound. I also did it recently because I still had problems with - 2, but everything else worked to play the song. But if you continue to learn and end up bending at - 2’ or - 2", it unfortunately no longer works. Impatience will catch up with you and you have to learn it. It’s like real life, isn’t it?

I’m trying not to cheat too. The bent -2 is important.

I like that perspective on it. I’ve been getting back to harp after a long time away and I find that carrying it around and playing it in my spare time helps. It’s dorky but it’s helped me to continue playing

Hey Luke….Great story! How do we sign up for your newsletter? 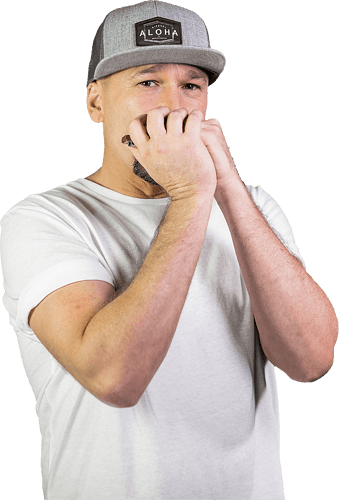 Hello @greg4875,
go to this page and tick the appropriate box, plus email address, done. Greetings from Astrid

That’s a great anecdote @Luke ! I’ve seen it in visual art communities, where people will express jealousy over other people’s art skills, only to be told that someone is jealous of them too.

I think it’s important to remember that we are all on a journey - whether we’ve been playing for 20 minutes, or 20 years, we are all on the road of becoming better versions of ourselves and our craft.

It’s a great question, I will ask my musician/guitarist brother.

Hello @Luke, your beautiful story is thought provoking. Green with envy, red with excitement or pale with awe? Regardless, it fuels our ambition and perhaps our healthy self-esteem. Only one thing is important, that we continue to preserve the music with its different sounds and instruments and, like us, carry it across generations and borders. Greetings from Astrid

No Not Me Luke, But Definitely in “Awe” of some people. Many people in fact.

Yes, Greg, Astrid is right. Right now that’s the only way to signup for the newsletter.

Thanks Astrid! I did as recommended.